For the Photo of the Day today, I've gone back to 2010 and a road trip through the south western corner of the United States of America. The town of Beatty, Nevada, is on the outskirts of Death Valley, and a great spot to base yourself if you want to explore the valley, including 'Scotty's Castle' (that's a story for another day). Death Valley is also popular with automotive manufacturers, who like to send teams of test drivers and engineers to test aerodynamic packages and check temperature calibrations in their ECU's here. Some of those crews like to relax after a long day with a refreshing drink at the Sourdough Saloon in Beatty, and have left behind one or two items of memorabilia, which now adorn the walls of the Saloon. 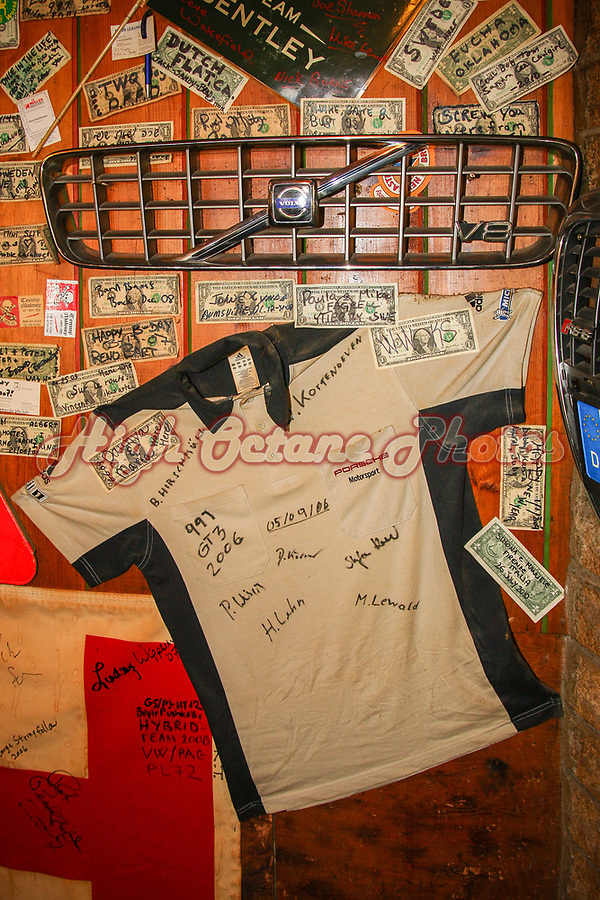 In the photo above, amongst other things, are a Porsche Motorsport shirt signed by the team developing the Porsche 997 GT3 in 2006 and part of a Bosch banner signed by members of the crew testing the PL72 platform that formed the basis of the Volkswagen Touareg and Porsche Cayenne from 2010 to 2017.

The photos used on this blog are available for sale, just click on the photo to get to the main website where you can see more photos as well as purchasing any you'd like to get a copy of.
Posted by Phil Luyer - High Octane Photos at 7:30:00 AM