Recently, I took a trip out to the new Perth Airport Viewing Area, just off Dunreath Drive. This was to serve a dual purpose, giving me an opportunity to check out a new shooting location, as well as serving as a test run for a new geotagging workflow. 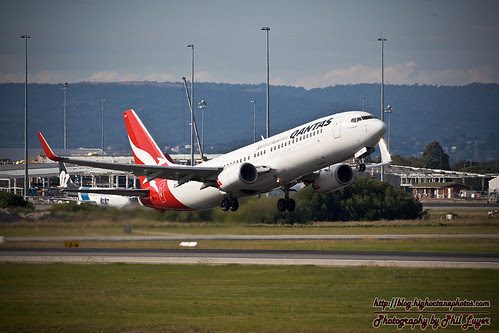 The viewing platform on Dunreath Drive is located at the southern end of Runway 03/21, and it's a good idea to check weather conditions and flight details before heading out, or you might end up not seeing much at all. 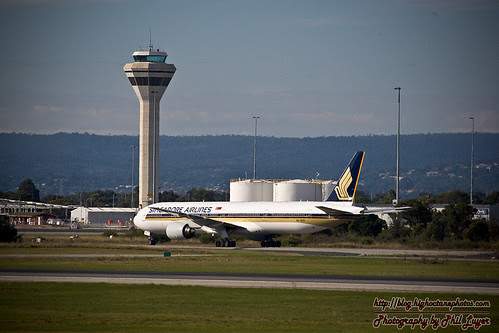 On the day I was there, the planes were taking off and landing southbound on 03/21, and the take off viewing was reasonably good, but inbound the planes would disappear under the treeline in the distance, and you'd next see them after they'd landed. 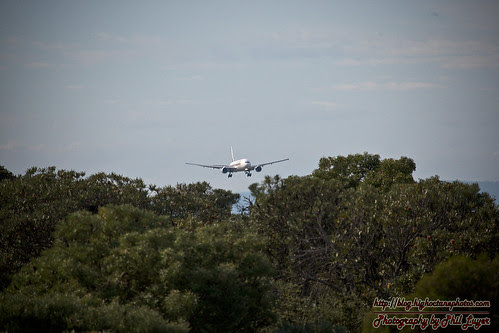 As for the geotagging experiment, for some time now, I've been looking for a way to geotag my photos automatically, and I've recently started trialling a solution for this. I'd been considering buying a GPS enabled point and shoot, having that in the camera bag, and using it to product a GPS tracklog, then importing that into Lightroom and geoencoding the photos with that data. However, I've simplified that even further, by using an Android app called GPSlogger on my phone, which uploads its logs to Dropbox on demand, which in turn synchronises automatically with my computer, and I then use Jeffrey Friedl's "Geoencoding Support" plugin for Lightroom to interpret the GPX format log produced by GPSlogger, and interpolate between the points recorded by the app to estimate my actual position for each photo. 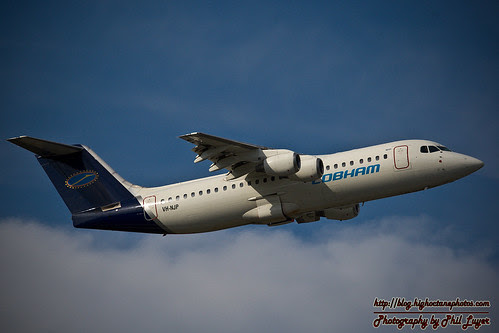 My plan with geotagging is to geotag every shoot, and then keep an eye on where I put the photos. It appears that facebook doesn't automatically display geotagged information, flickr does add the photo to your map automatically, and my own websites do not, at present, display or use any geotagged information. If I ever have shots that I'd like to keep the location private, as does happen from time to time, the export dialog in Lightroom does give the option to hide location information. This is a system that I really wish I'd had in place for The Bonneville Run, instead of relying on my memory to work out where each photo was taken. In turn, this little experiment was inspired by our upcoming trip to Phuket, where I'm sure I'll struggle to remember where we went and what we saw each day, without geotagged photos.
Posted by Phil Luyer - High Octane Photos at 4:38:00 PM No comments:

Like most motorsport people, I love anything loud and fast, and that includes military aircraft. So when the RAAF announced they were running another airshow at RAAF Pearce, north of Perth, I started making plans to get there.

We ended up getting a little delayed, partly due to traffic and partly just due to the usual issues with getting a car packed with stuff for a young family. However, the timing turned out to be pretty good, as we cruised in past a C-130H firing up, and as Kate was busy unpacking the car, I was shooting it taxiing out to the runway to start the afternoons military flying displays.

The RAAF were keen to show off their new C-17A Globemasters, with two aircraft on site, one on static display and the other in the air.

The RAAF's Hornet's and Super Hornet's were also out and about, showcasing both their agility and power.

The day was far from a 'jets only' affair, with the RAAF's Hercules and Orion aircraft joining the fun, and the Roulette's flying team putting on an aerial display.

As usual, the RAAF put on a great display of firepower, including a visit from a USAF B-52, which had flown down from Guam for a flyby. The B-52 is unable to land at RAAF Pearce, due to the width of it's landing gear (the B-52 has support gear at the ends of it's wings, which would have extended past the width of RAAF Pearce's runways)

After the flying dispays wound up, most people headed to the carpark, and joined the already long (and not moving) queues for the highway. However, we headed for the static displays, including a C-17A Globemaster, more Hornets, Hercules', a new RAAF Wedgetail (based on the Boeing 737) and more.

Once the static displays closed as well, knowing that we were in for a wait, we grabbed a couple of drinks and headed for the car. We held off on even trying to leave until Mikah wouldn't let us wait any more, which turned out to be about 2 hours after the show closed. Although we still could have walked to the highway quicker, by the time we got out onto Great Northern Highway, the traffic had eased up to the point that it was no worse than any other Sunday evening, which made for a much more relaxing drive home.