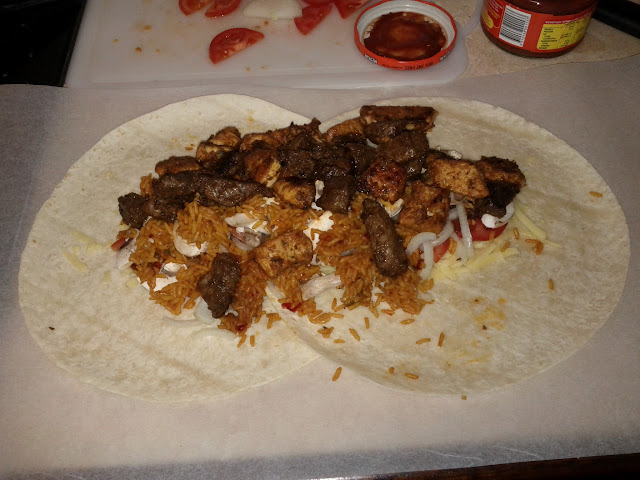 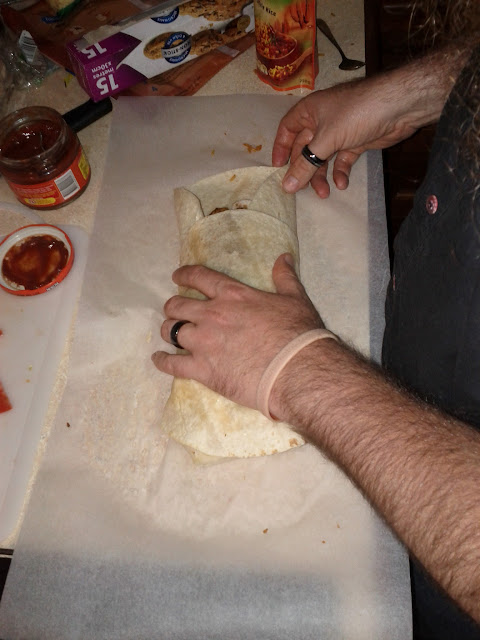 came pretty late in the day. The tortilla's were prepared for use by placing them on a small rack on top of an oven tray, which was partially filled with water, inside the oven at around 180 degrees Celsius. This worked well, but needs a little refinement to ensure even steaming of the tortillas, which makes them much easier to handle when wrapping a large burrito. While initially I had thought I could get away with only using 2 tortillas, it became apparent while wrapping the burrito that I would need a third to go around the centre of the burrito. Looking forward to the next attempt, I think I'll use the same 2 tortilla layout to start with, but keep the filling strictly to the length of a single tortilla in the centre of the first 2 tortillas, and then use a third to wrap the centre section, which should in turn give me a little more material to work with at each end.
Posted by Phil Luyer - High Octane Photos at 10:49:00 AM