It's the Little Things

I like it when I find an answer to a question I wasn't really asking, and it's happened to me twice in the last couple of weeks. It's usually something that I'll wonder about when I have no way of finding out the answer, and then forget about by the time I'm sitting in front of a computer with the whole internet in front of me, just begging to give me some answers. 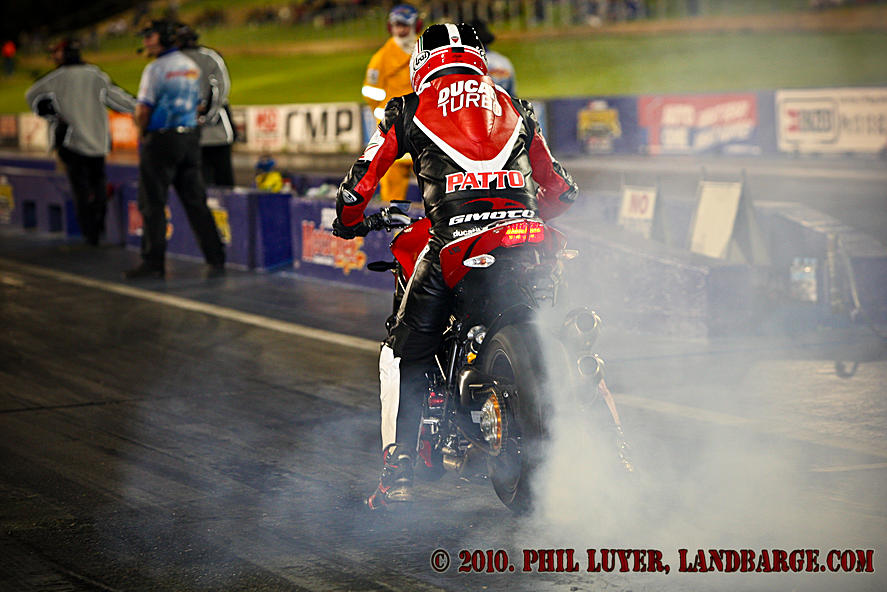 The first time, was when I was browsing an American hot rod forum, the HAMB, and came upon a thread discussing desmodromic valve actuation and it's applications. I had been wondering for some time, just why it was that Ducati motorcycles had such a characteristic rattle at idle, and it turns out that they use a desmodromic valve system. That is, instead of a spring to push the valve closed, they use a second rocker arm that pushes it closed in much the same way that it is pushed open, just that it pushes up instead of down. In earlier days, these systems were much more prevalent than today, as early valve spring materials did not support engines running at the high rpm's that we now expect from performance motors. Desmodromic systems of the time had their own pitfalls, but offered enough benefits for them to be fairly widely used in the performance and motorsport arena. Today, the only major manufacturer still using a desmodromic type valve actuation system is Ducati, who seem to have ironed out most, if not all, of the bugs in the system.

The second time I had that feeling of "oooohhhhh.... so THAT's what that's all about" was yesterday, as I was sitting at my dentists waiting for an appointment. I don't normally read the magazines in waiting rooms, as there's usually not much that grabs my attention, however yesterday I decided to have a rifle through the pile and see what was on offer. After pushing the gossip rags to one side, and hunting around some more, I found an issue of Sophisticated Traveller, the Australian Financial Review's travel insert, that contained an article on California's Mission Trail. Hidden in that article, was the answer to my question "What is so special about El Camino Real?" We had noticed last time we were in the USA, that one of the street names that keeps popping up in a number of different towns was El Camino Real, and we weren't sure why, however, at the time, while intriguing, it wasn't intriguing enough for us to actually type the words into Google and go looking for an answer, but now I've got one, and I intend to share it with anyone who's gotten this far. 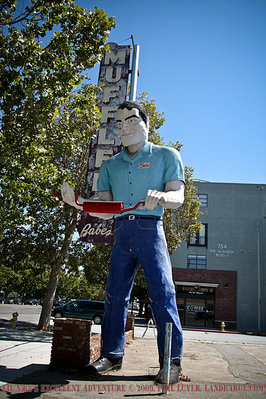 As you may already know, long before California was part of the United States of America, the Spanish pushed north from Mexico and established a series of 21 missions each approximately 1 days ride apart, at the same time, the Russians headed south from Alaska, as far as San Francisco, but that's another story. The Spanish missions spread from San Bruno in the state of Baja California Sur in Mexico, up to Mission San Francisco in Sonoma, California. The track that joined these missions together was known as El Camino Real, which translates to either The Royal Road, The Royal Highway or The Kings Highway, depending on who translates it. From 1683 until 1912, El Camino Real was an unpaved road, initially marked by yellow flowers from mustard seeds sprinkled along it's length by the padres who traveled it, but in 1912, the state of California decided to start paving this historic roadway. Over the years that followed, El Camino Real has become one of Calfornia's busiest non-Interstates.
Posted by Phil Luyer - High Octane Photos at 12:58:00 PM