March 4th, 2018. Australian Doorslammer driver Paul Mouhayet taking a breather before the first round of racing at the MacTrack Westernationals at Perth Motorplex, Paul would go on to with the meeting, defeating John Zappia in the final. Fast forward to the end of the season, just over 3 months later, and Paul defeats Zappia, the 11 time Australian champion, in the second round of eliminations at the season ending Winternationals at Willowbank to take the season title in one of the closest seasons we've seen for some time. Coming into the meeting, John held a 16 point lead over Paul, meaning that, barring any Low ET and Top Qualifier bonus points, Paul needed to win one more race than John to take the title. Lining up to face off in the second round of eliminations put each team in control of their own destiny, with the race being all tied up at the 1/8th mile before John drifted a bit too close to the wall and had to back off. 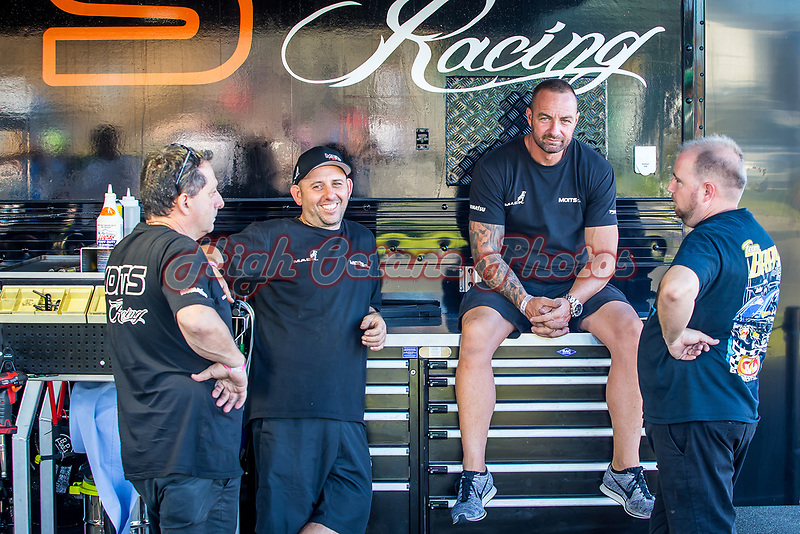