Sunday, October 24th, saw the first running of a new event at the Perth Motorplex, the Western Hot Rod Rumble. This event differs from other previous Nostalgia and Retro themed events in that it was exclusively for pre-1966 vehicles. Other events in the past have accepted entries from vehicles up to the early 1980's in order to fill the staging lanes. With the new cut off for vehicles, entries were down overall, but entries of hot rods appeared to be up on previous events. 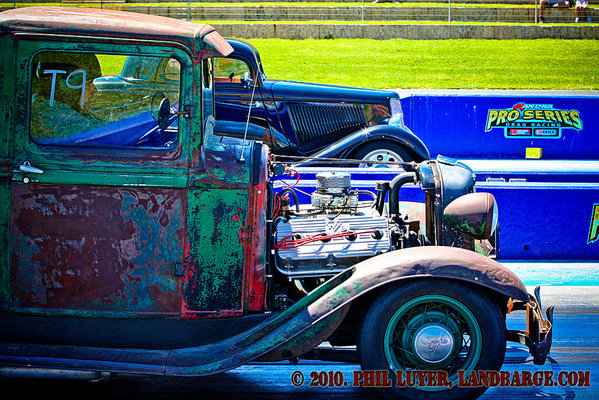 In addition to the 35 cars entered for racing for the day, at least another 50 eligible cars were parked in the pits, along with numerous classic cars that were within a couple of years of meeting the pre-1966 cut off for racing. During the break between qualifying and eliminations, all the steel bumpered cars in the pits were invited out for a cruise along the return road and back down the Motorplex drag strip, regardless of whether they met the year cut off to race. 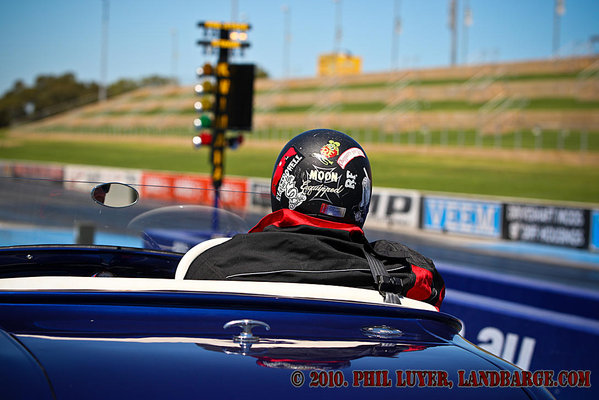 The Western Hot Rod Rumble was a really cool, laid back event, and one that I would love to see continue in a similar fashion for years to come. While it didn't have the huge entry numbers of some other events at the Perth Motorplex, the atmosphere around the place was one that could not be ignored. 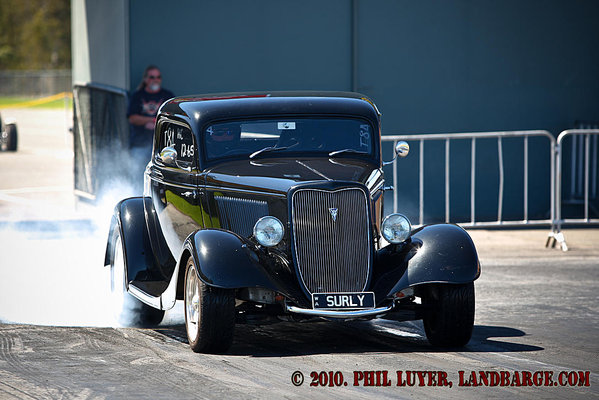 Update: I've now finished sorting the full gallery of photos, and uploaded it here.
Posted by Phil Luyer - High Octane Photos at 11:35:00 AM