Yesterday I had the opportunity to tag along with a mate on a trip out to Hyden, and we had time to visit Wave Rock while we were there. 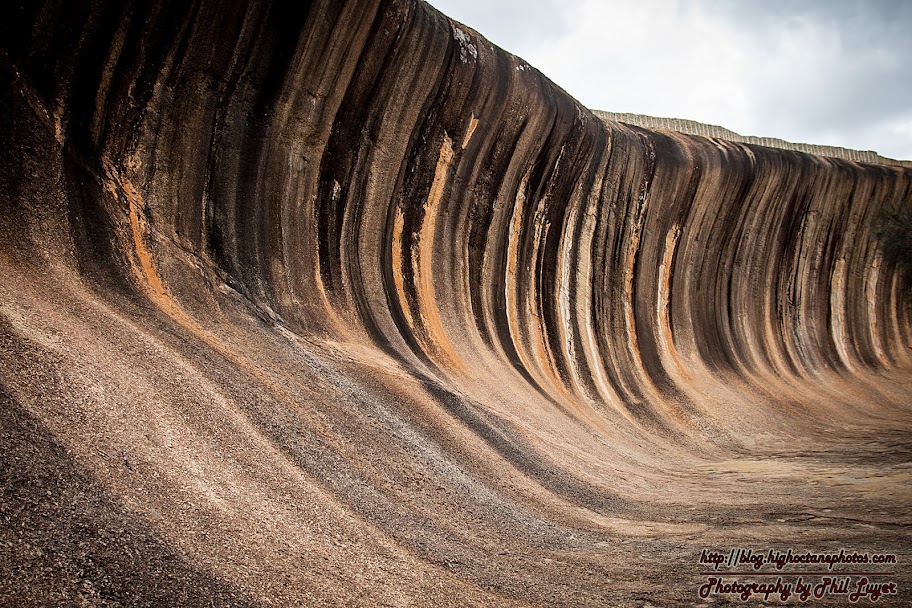 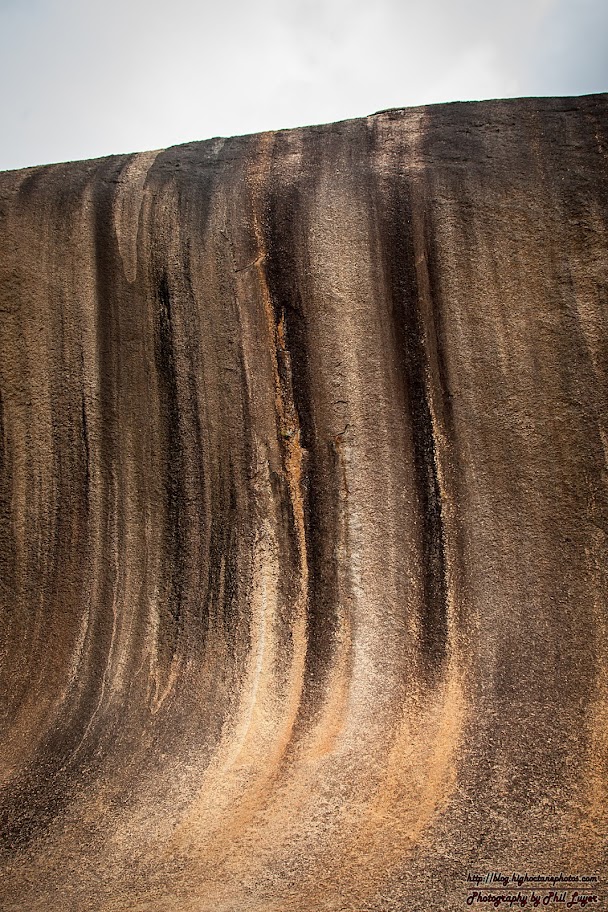 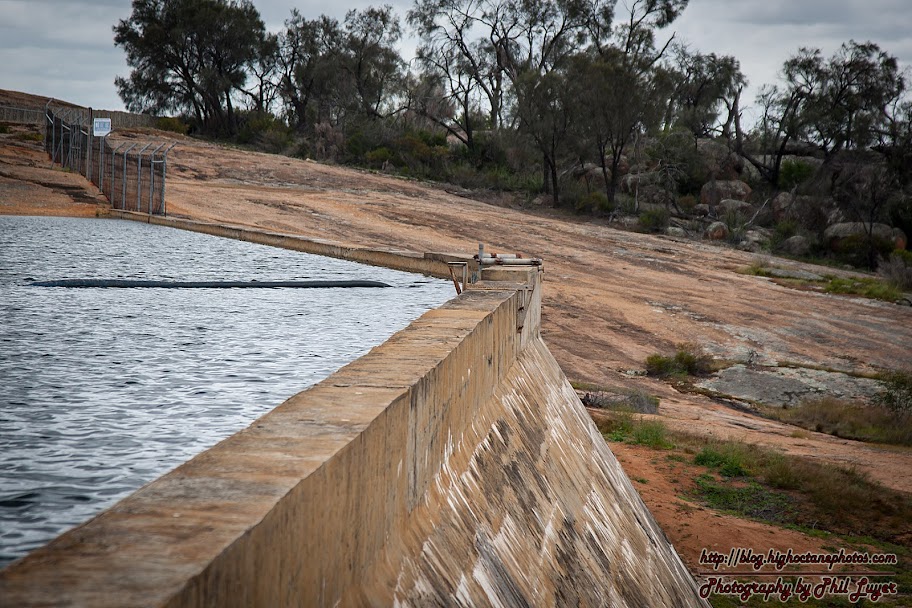 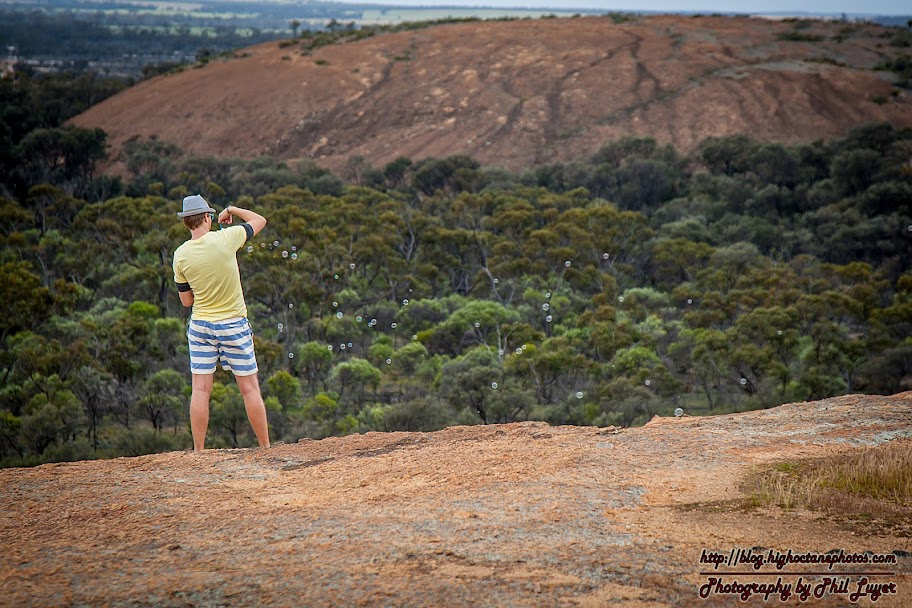 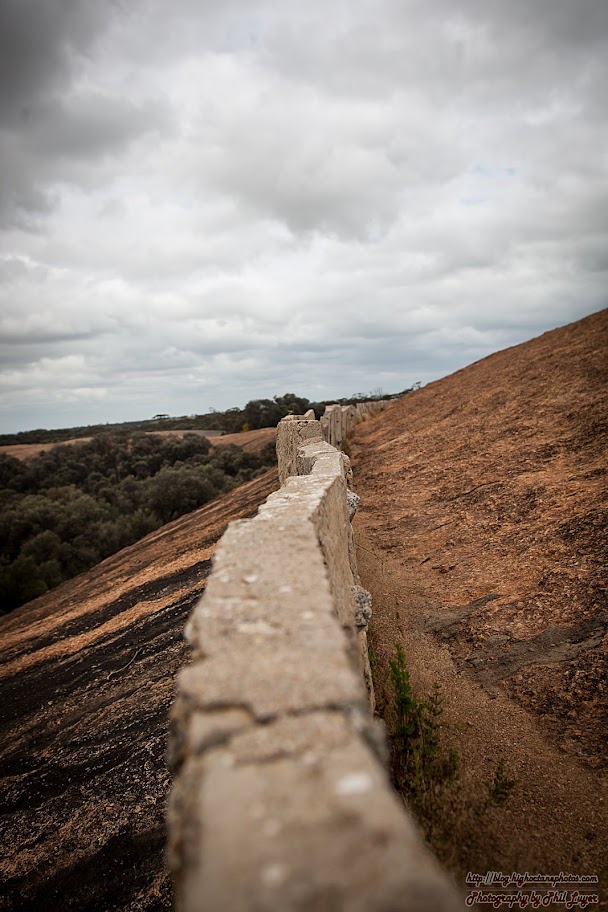 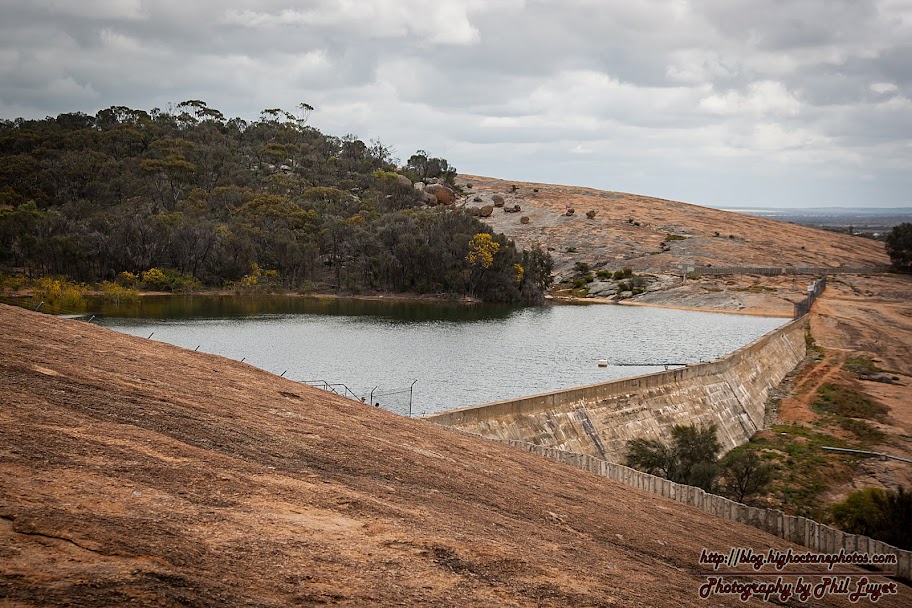 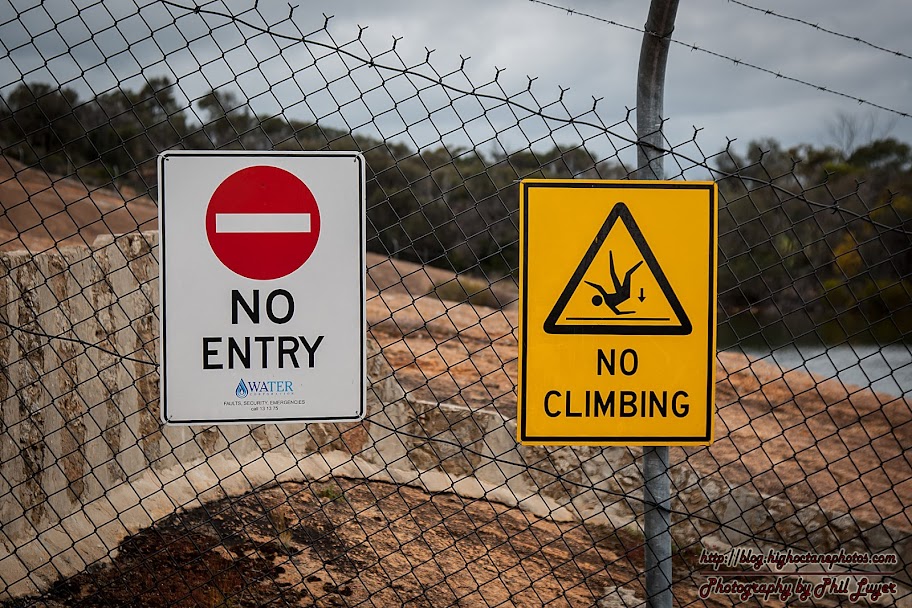 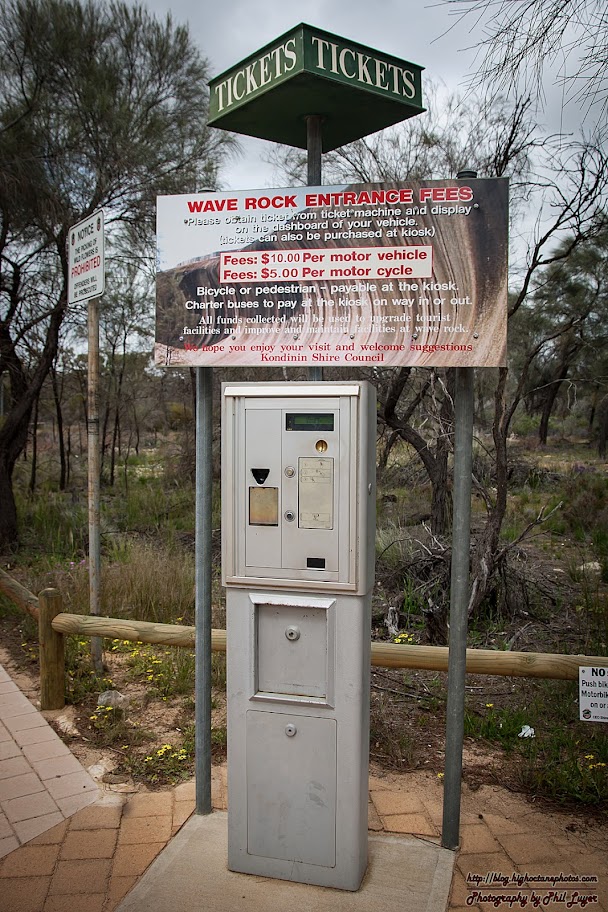 Posted by Phil Luyer - High Octane Photos at 7:07:00 PM No comments: Links to this post

A Drive in the Country

So today I took a little drive... Just a round trip via Brookton, Beverly, York and Gidgegannup... Here are the photos :) 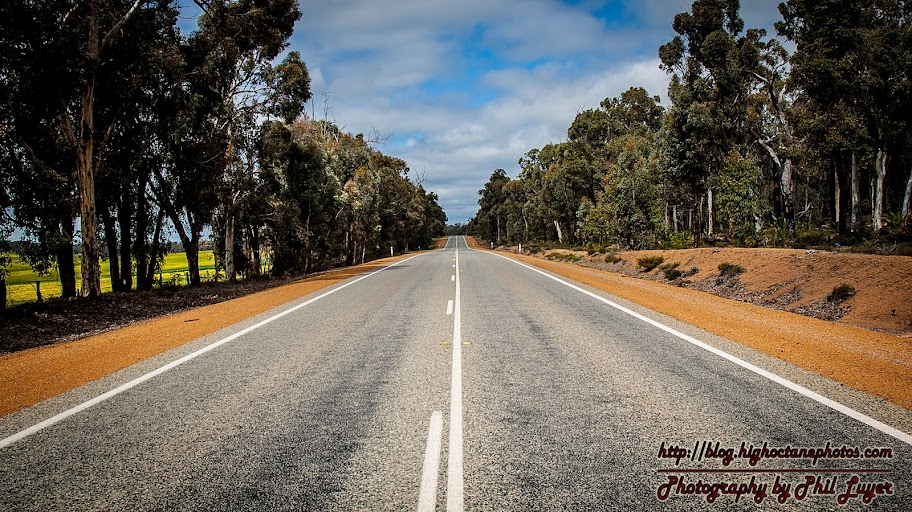 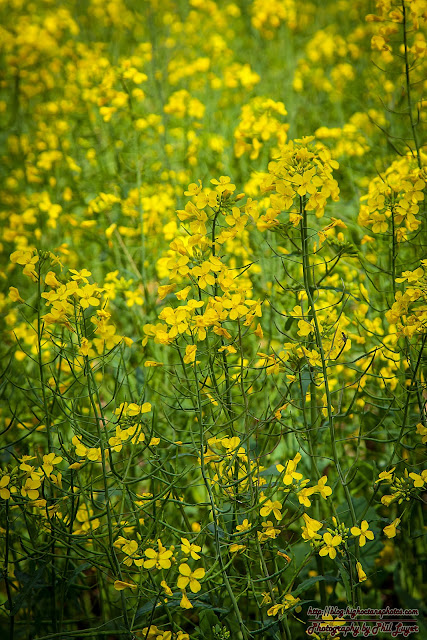 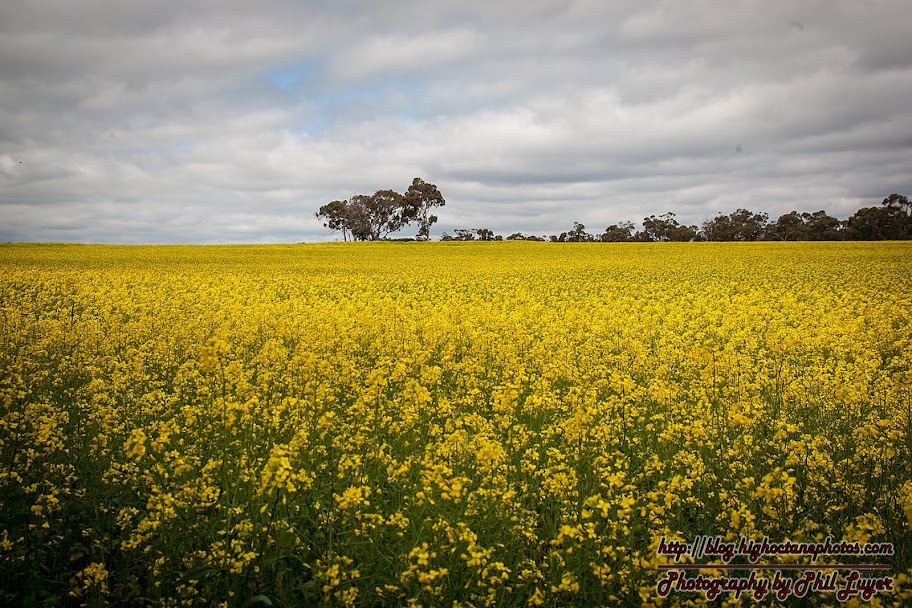 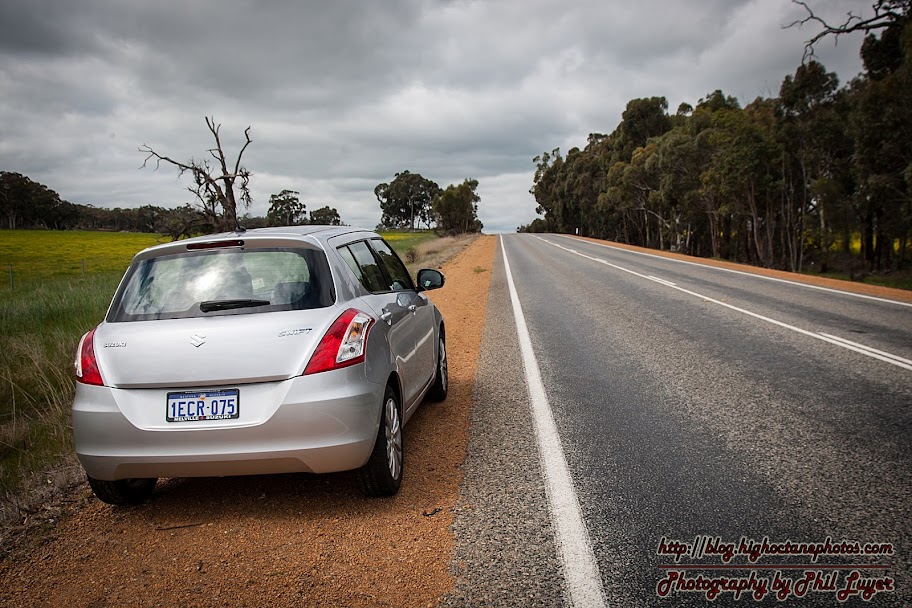 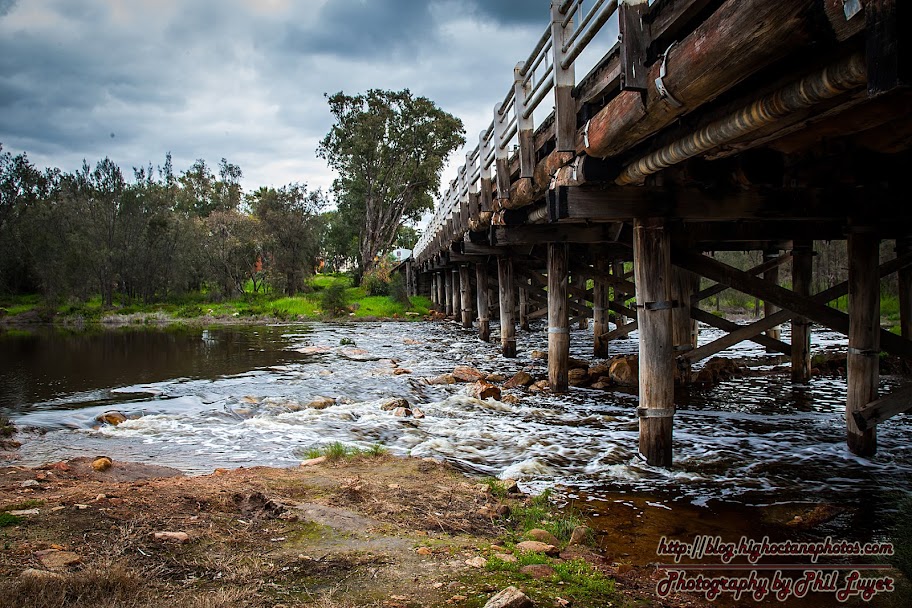 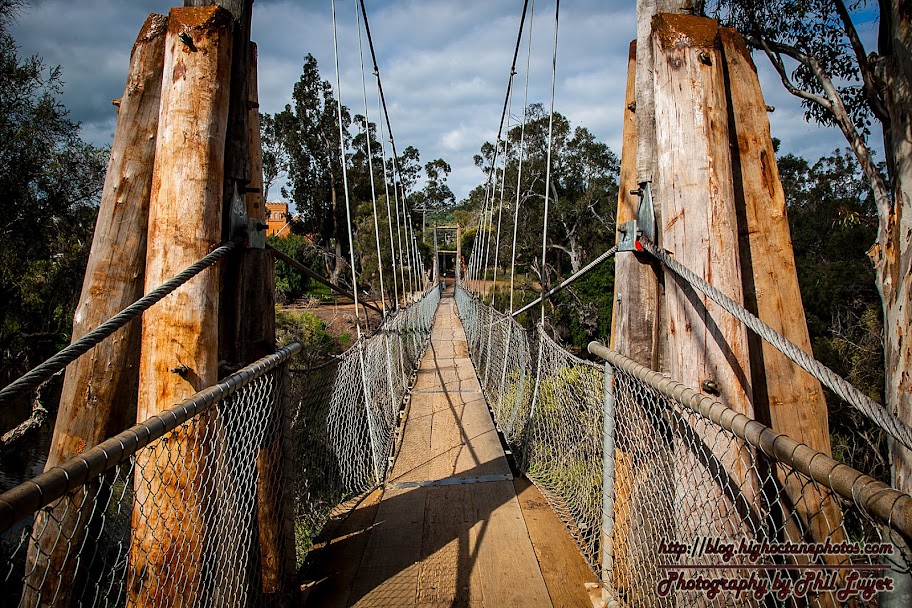 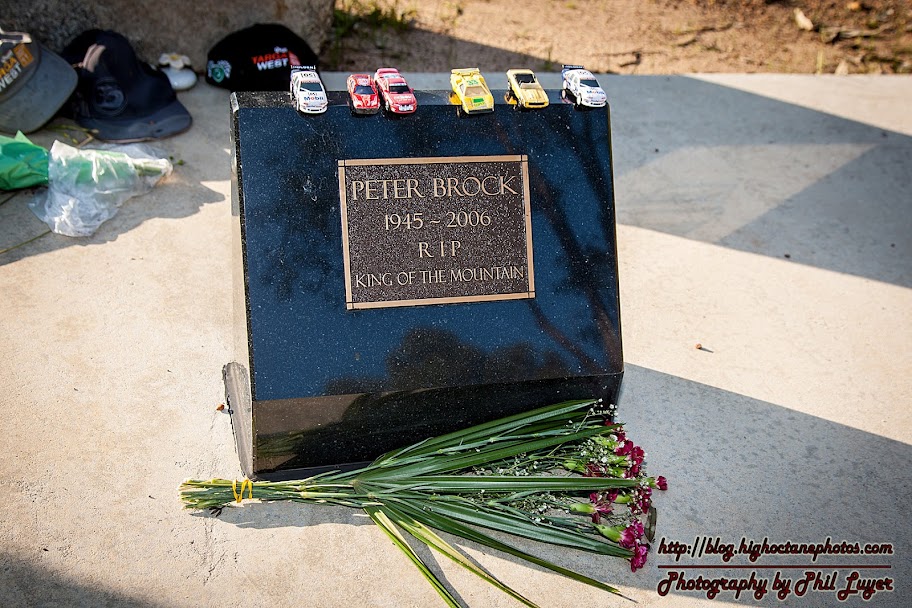 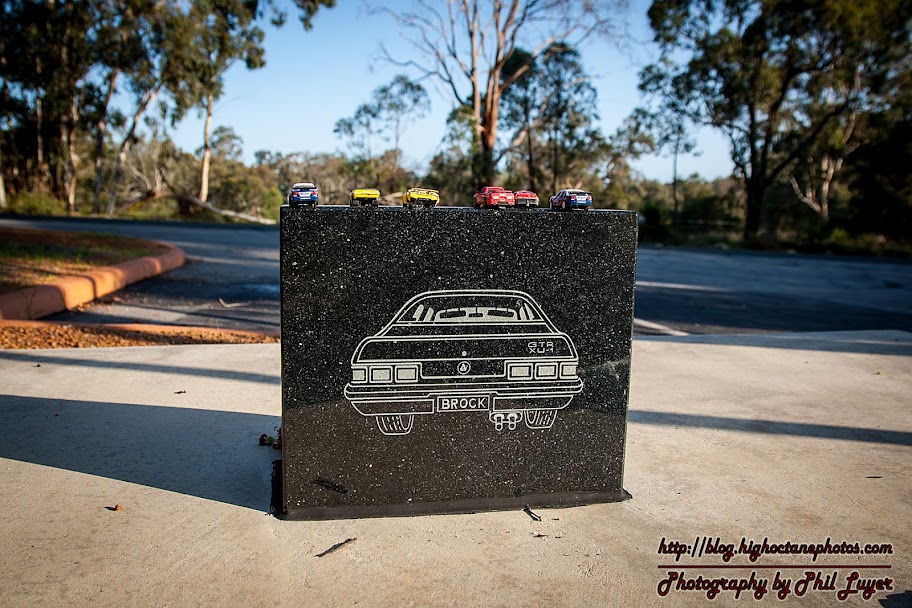 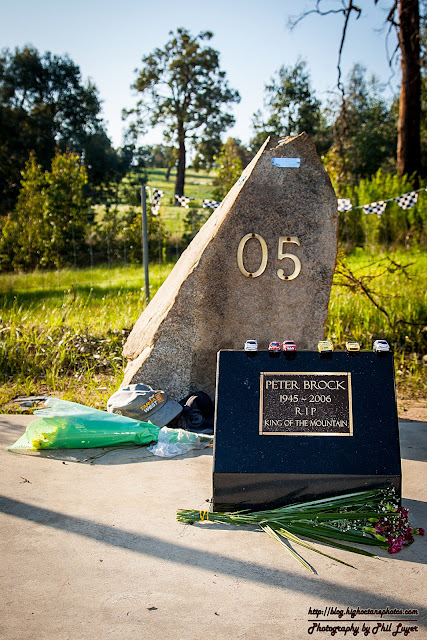 Posted by Phil Luyer - High Octane Photos at 8:55:00 PM No comments: Links to this post

Over the last couple of weeks, I've done a bit more experimentation with the ReplayXD 1080 and the Camzilla mount. I've put it on a few mates cars while they've been out having some fun, and I've set it up as a fixed camera and made a time lapse video as well.


This first video was the first time I fitted the camera to the outside of a car competing in a motorsport event. This is Franz Esterbauer's Mitsubishi Lancer Evo 8 MR, and he's competing in the first round of the McRae Motorsports Twilight Rallysprint Series, held at the Perth Motorplex. Franz has always done pretty well at these events, and this run was no exception, Franz's quickest run of the night, it was also good enough to help him win the event. The experimentation side of things, saw me running the camera with an exposed microphone opening, which I have since realised was not such a good idea, and as a result, I've had to overdub this video with some music to hide the deathly silence left behind after I muted the sound from the ReplayXD the instant Franz leaves the start line. If you want an idea of how bad the wind noise was, watch the video to the very end, as I left the original audio intact as Franz drives off from the stop control.


The next video we have today is from Gerrin Good's 'TYAFRYA' burnout car. TYAFRYA is a methanol fueled Ford XE Falcon, and Gerrin's certainly not afraid to swing the big ol' girl around on the burnout pad. For this video, I had covered the microphone opening with a small sticker, supplied by ReplayXD with the camera for that purpose, I also turned down the microphone gain to 25db to see if that helped. As you will pick up while watching the video, there are still some noise issues with this setup, either wind noise or the sticker vibrating.


For the next attempt, I replaced the flimsy sticker with some good old race tape and fixed the ReplayXD 1080 to the side of Nathan Hollis' "TANK" burnout Sigma. This is where I'd wanted to put the camera on Gerrin's car too, as you get a good view of the drivers hands during the burnout (and while that looked good on Franz's car, it works even better on a burnout car), however, TYAFRYA has stickers on the rear windows, and that causes some issues with the suction cups on the Camzilla clamp. As you will notice in the video, there's still some wind noise or vibration issues, but they seem to be getting a bit better.


The final clip for this blog post, is a time lapse video that I shot with the ReplayXD 1080 and Camzilla rig at the Perth Motorplex's December 2011 round of the Australian Top Fuel Championship. I mounted the camera to the glass inside race control, and set the ReplayXD to shoot 1 shot every 3 seconds. The camera managed to fill it's 4 gigabyte card in around 2.5 hours, and I resized, cropped and compiled the results into the video above.
Posted by Phil Luyer - High Octane Photos at 1:31:00 PM No comments: Links to this post

The GoodFella's Yanchep Picnic is one of the newer events on Perth's automotive calendar, and for Hot Rod, Kustom and Muscle Car fans, it's one not to be missed. The Picnic is an event exclusively for pre-48 Hot Rods as well as Kustoms and American Muscle up to 1978 model cars. 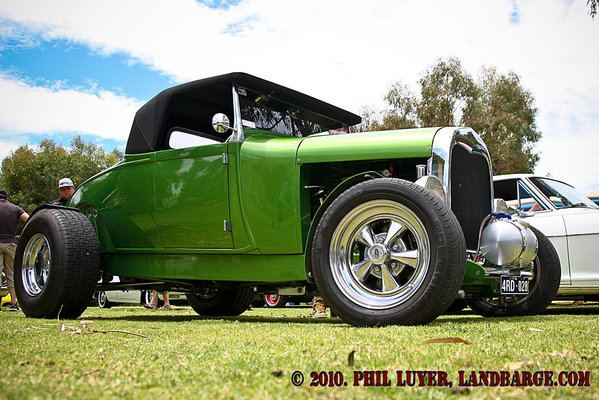 The Picnic is preceded by a cruise from the Kingsway Shopping Centre, on Wanneroo Road, to the Yanchep National Park, the venue for the Picnic. Over 250 cars made it onto the lawns behind the Yanchep Inn as part of this years GoodFella's Yanchep Picnic. 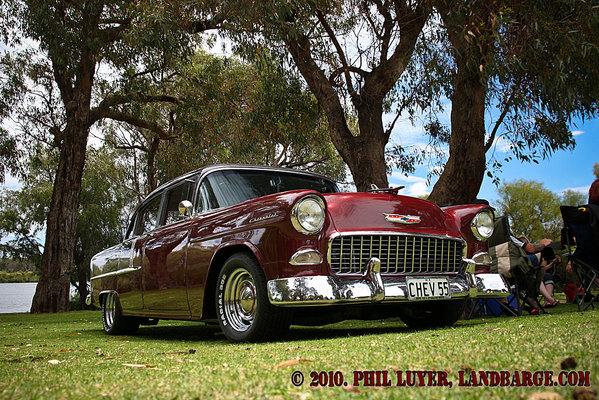 There are no trophies at the GoodFella's Yanchep Picnic, just a relaxed day on the lawns with plenty of shade and a couple of barbecues, and maybe a bottle of wine for the "Publicans Choice". The GoodFella's also organise a raffle, the prizes for which are donated by sponsors from throughout Perth's hot rodding community, regardless of club affiliations. 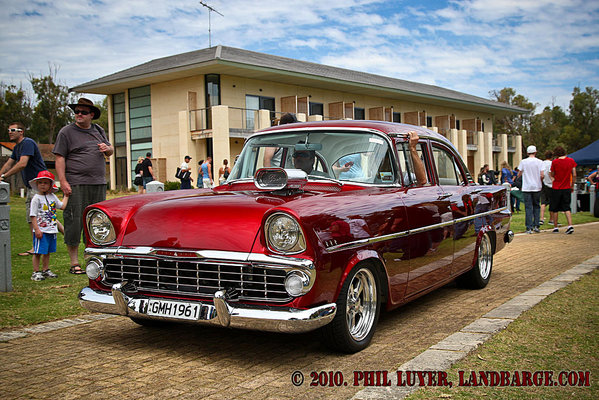 You can check out a preview gallery of photos from the GoodFella's Yanchep Picnic on LandBarge.com, and the full gallery will be available on HighOctanePhotos.com shortly.
Posted by Phil Luyer - High Octane Photos at 2:22:00 PM No comments: Links to this post

Sculpture By The Sea - Cottesloe Beach This piece was constructed entirely out of plastic bottle caps contained in an onion-bag type of mesh. Over 60 sculptures have been installed on the beach and on the grassy banks overlooking the ocean at Cottesloe Beach, from artists not only from Australia, but from around the world. Last night, myself, my girlfriend Kate and a number of other Perth photographers and car nuts descended on Cottesloe Beach to check out this years exhibit. As we also all enjoy the challenge of night photography, we hit the beach around sunset and kept shooting until just after 10pm, before heading down to Capt'n Munchies in Fremantle for a bite to eat. Sculpture By The Sea continues at Cottesloe Beach until the 23rd of March, and is well worth a visit.
Posted by Phil Luyer - High Octane Photos at 6:04:00 PM No comments: Links to this post Of course, a good beer always goes well with a good meal, and today's choice was Beez Neez, a honey flavoured beer brewed by The Matilda Bay Brewery.
Posted by Phil Luyer - High Octane Photos at 7:44:00 PM No comments: Links to this post